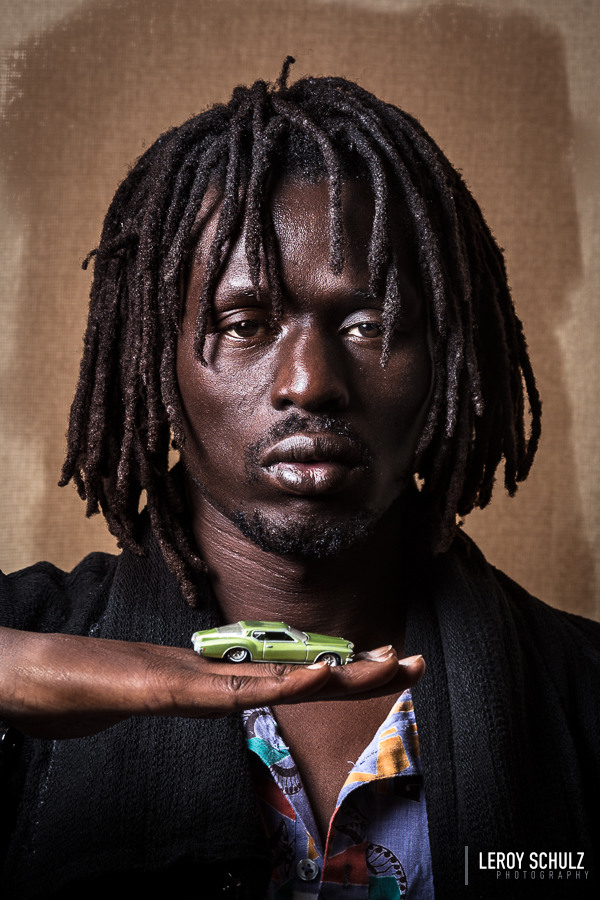 At less than 10 years old, Emmanuel was seized from his home, armed with an AK-47 rifle and sent into battle with orders to kill. By the time he was a teenager he’d fought in two wars, witnessed hundreds of deaths and considered eating his peers to avoid death by starvation. Since then, his life has emerged from that dark place: “I came from the bottom like a lobster, and now I’m rolling on the top like a rockstar.”

When he was roughly seven years old, his mother was killed by soldiers. Along with thousands of other children he decided to travel to Ethiopia looking for education and opportunity. Along the way, many of them including Emmanuel were recruited by the Sudan People’s Liberation Army, trained to fight and spent years in wars. Eventually he ran away and was adopted by a British aid worker.

Eventually he stumbled upon hip-hop music and discovered the genre harboured incredible power, both spiritual and political. He went on to produce his first album, Gua, a mix of rap in Arabic, English, Swahili, Dinka and Nuer. The symbolism of unity is expressed in the title, meaning both “peace” in Nuer and “power” in Sudanese Arabic.

I (was) born in a place where there was a lot of killing and there was a lot of blood — dead bodies. Running from one place to another, trying to survive… This is why I took up music. I used to do music for fun. I didn’t know it was going to be something that would open bigger doors for me, or become a healing or a therapy… Music is powerful. It is the only thing that can speak into your mind, your heart and your soul without your permission.

Today he’s a musician, activist, public speaker, author and actor. In 2009 he told his story in book form in War Child: A Child Soldier’s Story.

Here’s one of his best-known songs, War Child:

And watch his Ted Talk:

Emmanuel was born on an unknown date in the early 1980s.

Emmanuel is a spokesman for the Make Poverty History campaign, the Coalition to Stop the Use of Child Soldiers and the Control Arms campaign.

In 2005 he was awarded an American Gospel Music Award for best international artist.

In 2015 he was nominated for a JUNO Award for World Music Album of the Year.

In 2008 he performed at Nelson Mandela’s 90th birthday concert in London along with Amy Winehouse, Eddy Grant, Will Smith and others.

He starred along with Reese Witherspoon in the 2014 film The Good Lie.