Rocking Out With Redbeard 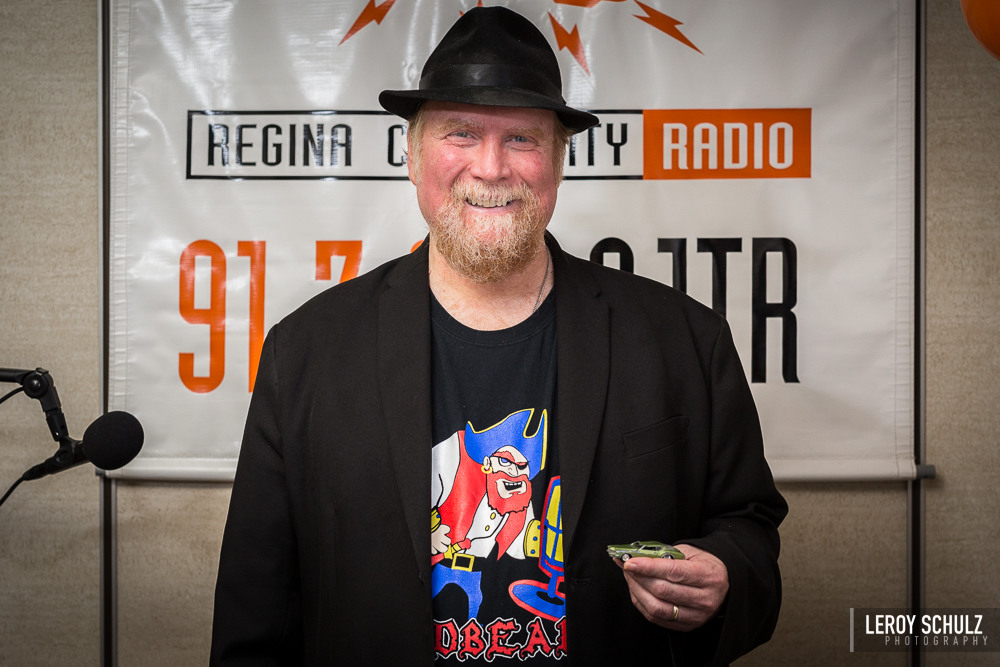 Some people fish and golf. In contrast, Redbeard’s hobby is playing music for other music lovers on 91.3 FM CJTR, Regina Community Radio.

He hosts shows featuring Canadian independent music, blues, and eclectic selections from his immense CD & record collection. His dedication to CJTR has motivated him to organize almost 150 fundraising events, and MC twice as many events over the past 16 years.

His volunteer efforts have been rewarded by a cover story in a local publication in 2012, plus receiving the Mayor’s Arts & Business Award for sustained support of the Arts-Volunteerism in 2013, and a CJTR Lifetime Achievement Award in 2016.

Redbeard believes in the goodness in people, and feels this connects us all. That’s why he’s “delighted to be included in Miguelito’s Little Green Car”. Well, thank you Redbeard!

In 2012, Redbeard had his beard and moustache for a combined 37 years shaved off for a breast cancer fundraising event. He raised over 7,600.

Redbeard provides his collection of thousands of songs from Saskatchewan musicians to a local brew pub for background music. A monitor informs people of the musician, song title and album it’s from.

Together with his invisible dog, Redbeard took part in the 1995 Grey Cup parade in Regina as a clown performer.

Redbeard was a “stutterer” in his youth. But since he was an avid talker he was able to talk himself out of his speech problem by the time he started high school.

As a teenager all he wanted to do was be a race car driver. But once he learned to drive, that impulse went away.

Before discovering music in high school, Redbeard thought “sports is the greatest”. But now music is now his number one passion, although he still follows sports, and is an avid baseball fan.