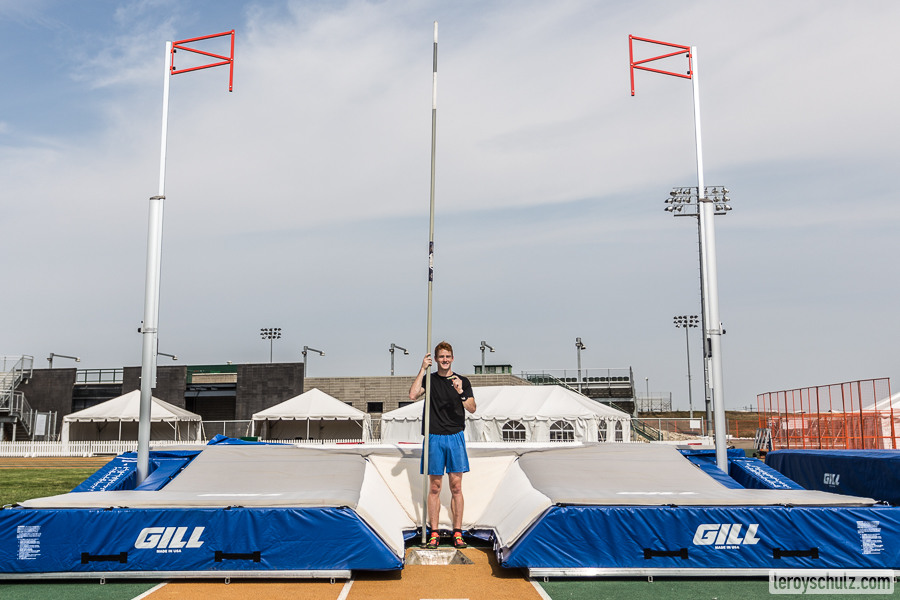 Shawn is a Canadian athlete specialising in the pole vault. In March 2015 he set his personal best jump of 5.91 metres (NCAA Collegiate Indoor Record, Canadian Indoor Record). His outdoor personal best 5.90 metres is the current national record. He won a bronze medal at the 2014 Commonwealth Games.

More about him in his own words:

My dad used to bring home lots of Hot Wheels cars for my brother and me to play with. We spent hours setting up tracks and roads and even used some of my dad’s old pole vaulting poles as acceleration tubes for the little cars to really get them going. That was usually out in New Mexico where I was born. Dad was born in a small town in Ontario, Canada but his jobs were keeping him working down in the States most of the winter months. My mom was born in Arizona but grew up mostly in New Mexico and Texas. She met my dad when he was working in El Paso, Texas.

Want more? Catch your breath first. Here are some of his accomplishments:
That’s quite a list for a 21 year old! Especially when you consider that “Pole vault is one of the most difficult sporting endeavours. It takes the speed of a sprinter, the spring of a long jumper and the acrobatics of a gymnast.”
Shawn started pole vaulting with his dad as a five year old. His dad cut down old crossbars for him and my brother to use both for vaulting onto the pits as well as jumping across the irrigation canals on their farm. The more they did it, the more they liked it.
They had all kinds of fun stuff on their farm: horses, goats, emus, go karts, motorcycles, tractors, and pole vault equipment as well as trampolines and all kinds of gymnastics stuff.