Lighting The Darkroom With Jan 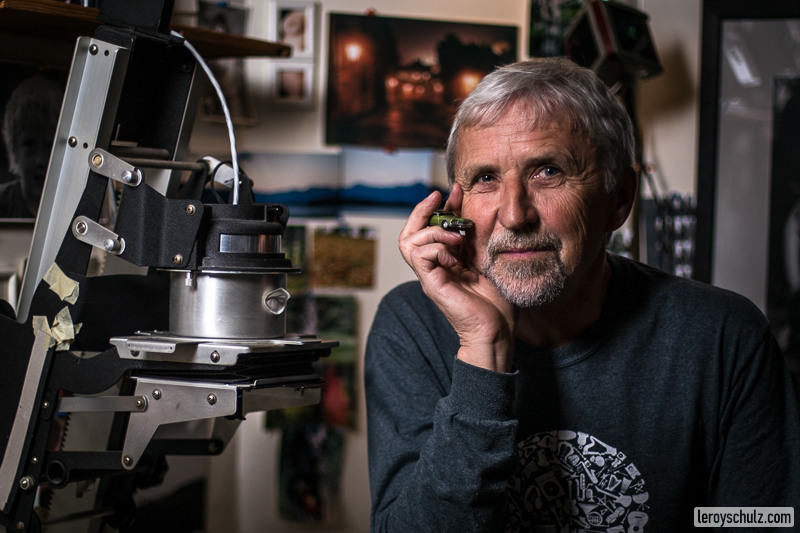 At the tender age of fifteen, Jan was thrown out of school because of his political activity. Take a moment to fast-forward through what happened next in his life: he found a job in a commercial photo lab/studio where he worked while he studied at night, played on the Czech national badminton team, emigrated to Canada in 1968 as penniless nineteen-year-old, worked in film labs, coached badminton and tennis professionally, fluked into private club management, and eventually became the proud father of three great kids and grandfather of one. He still does photography the old way (this photo was taken in his darkroom), bikes, hikes, skis and tries to be a good husband. All while enjoying reading. Whew!
The stupidest thing Jan ever did: while driving an electric trolley bus (in a brief stint as a city bus driver) he ran out of wires by taking the wrong turn. In rush hour. With a full bus.
He was shot at by Warsaw Pact soldiers in 1968.
He has met “the most amazing people”, namely all of his friends and family.
He meditates 30-40 minutes every day.
He’s generally very lucky. But not with the lottery.
He puts a great deal of effort into keeping his accent, since the ladies seem to like it.