Having Pun With Jessica 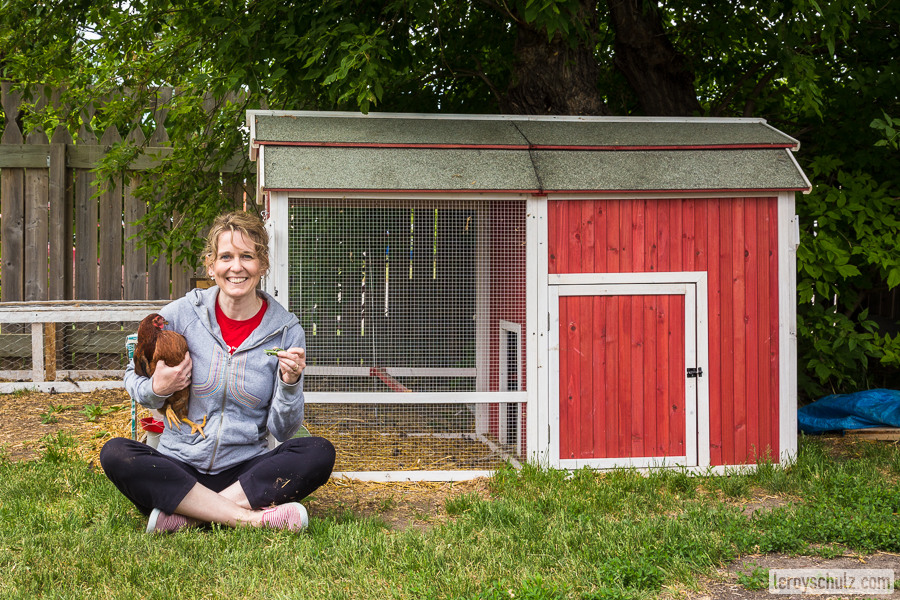 Jessica was, em, hatched in Regina, Saskatchewan. She lived there until she was four, then moved to Silton, Saskatchewan until she flew the coop. She enjoyed horse back riding, 4-H club activities and all the pleasures of being a small town kid.

She remarks that “the opportunities in those kinds of places offer kids lots of life experience, from working with people, using your muscles, developing common sense, understanding the long distances between places, and appreciating a free tank of gas.”

She moved to Strasbourg, Saskatchewan after high school, married a friend, and had a small flock of chicks. They collected as many other creatures as their urban life would allow, but it felt like something was missing. Finally, in 2014, she went to the town council and asked permission for a pilot project to establish a back yard hen community. Being a forward-thinking group — one would venture to say, no chickens among them — they were very supportive. Their flock has grown by three ladies and will hopefully include more soon.

She adds, “Prairie Girl is not intended to be a condescending term, but is who I am at my very core. I’ll never be from anywhere else, no matter where I will be someday.”

About 23 years ago Jessica and her sister coerced a friend, “borrowed” their parents car one night, crashed it into a bush outside of town, and somehow managed to get it back, unscathed, without said parents knowing. This is actually the first public confessional. (“Sorry Dad.”)
Her dad once knocked her into the septic tank. Fortunately it wasn’t a fall to the bottom. (Wait a minute. Was that karma?)
She is borderline phobic about people breathing on her.
She had a horse named Misty who would not back up.
Her favourite emotion is gratitude.